Red Light, Green Light: What Happens When Laws Are Ignored 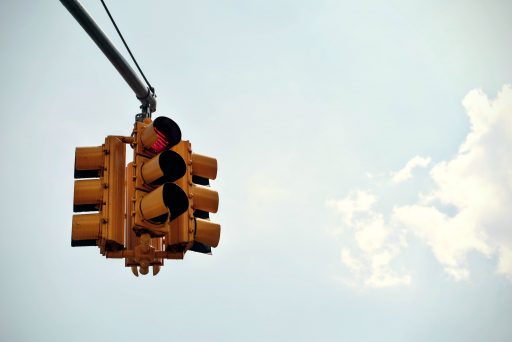 In Nehemiah’s time, God’s people were called to build and battle. They held a trowel in one hand to build the city and a sword in the other hand to battle God’s enemies. Of course, people are not our enemies, as Paul taught the Ephesians, but rather we fight the spiritual forces of darkness that seek to redefine truth, remove God, and reshape culture.

We live in a time when “under God” has been exchanged for “without God,” as people seek to define their own truth. The idea of an objective standard of right and wrong is not politically correct anymore. Even worse, if someone dares to make a truth claim, especially if it comes from the Bible, they’re often smeared as haters, bigots and intolerant.

If you would’ve told us two years earlier we’d be called haters for saying a man should use the men’s restroom, we would have told you it was more likely for the Dallas Cowboys to change their colors to green and gold and replace the star on their helmets with a big “G.” Not a chance!

While we don’t doubt some people have mixed feelings about their gender, redefining an entire system of reality isn’t the answer. And while we love those who struggle with these issues, we also cannot sit silently as society disconnects from reality. That would be like changing traffic laws to fit peoples’ choice rather than holding to an objective standard.  “If you feel like red means ‘go’ then go! If you feel like green means ‘stop’ then stop!”

Can you imagine what would happen if this were the case?  People would abandon the roads as chaos would erupt.

God loves diversity. Heck, He created it! But He also gave us order – laws to govern our actions so we can live together and flourish in society as a diverse people. Traffic works not because everybody agrees on everything – quite the contrary. Traffic works because, despite the incredible diversity of beliefs and backgrounds among the drivers, they all agree on one thing: Red means stop and green means go. There is an objective truth to which everyone submits. The result is we can drive to work or the store or to the ballgame – wherever we want, in safety.

Imagine the reality of drivers ignoring the objective standard, “red means stop and green means go” and you can see how chaos would erupt in the streets. If everyone did what was right in their own eyes, stopping and going whenever they wanted, the once free-flow of traffic would quickly end. The result would no longer be safety, but danger. This is tragically illustrated when someone runs a red light and crashes into someone going on green.

Check out what Judges 5:6-8 says, in light of our traffic analogy: “In the days of Shamgar son of Anath, and in the days of Jael, people avoided the main roads, and travelers stayed on winding pathways. There were few people left in the villages of Israel – until Deborah arose as a mother for Israel. When Israel chose new gods, war erupted at the city gates.”

Unfortunately, many Christians have “abandoned the roads” for fear of offending someone or being called something they are not. But God is calling believers back, to stand in the gap and re-connect His truth to a disconnected world. He’s calling us to live out His prayer “thy Kingdom come, thy will be done on EARTH as it is in HEAVEN” for our nation. God raised Deborah in her generation, as well as Nehemiah in his – both were provoked to take action and did so boldly. And yet both were motivated by love – a love for God that compelled them to stand in the gap whatever the cost.

Order your copy of the brother’s new book, Bold And Broken, here!