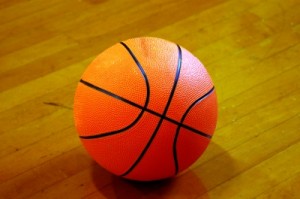 We love March Madness! Every March, we get a chance to watch talented and dedicated young men fight it out to see who is the best college hoops team in the land. From the Cinderella story to the collapse of the No. 1 seeds, it’s all “One Shining Moment” for basketball fans this month.

One of our favorite aspects of the NCAA Tourney is when the coach gives his strategy to the players. Usually, he starts with a little inspiration:

Then he gives the scouting report on the opposition and outlines his keys to victory:

“This team runs a spread offense, so we’ve got to keep the pressure on them. Focus on No. 3, Reid – he’s their top scorer and loves the ball in the paint. Their weakest link is No. 5, Biden – just keep an eye on him. We’ve got to get the ball into Cruz’s hands, so set picks to get him open.”

Then they join hands in the middle of the room, and boom – let the games begin!

Get your copy of the Benham brothers’ first book, “Whatever the Cost: Facing Your Fears, Dying to Your Dreams, and Living Powerfully,” right now!

Like players in the NCAA Tournament, we’ve got a game we must all play yet it has much greater stakes. It matters for those that went before us, those who stand beside us and, most of all, for those who are coming behind us.

In last week’s column – “Bottom of the 9th, America: Time to swing for the fence!” – we tried to inspire people to get back in the game, to lay it all on the line and fight. For the next few weeks, we want to provide specific keys to victory.

But first, a quick scouting report.

Demonization is one of the most effective weapons used by the opposition to intimidate us. If we’re pro-life, we hate women. If we believe in biblical marriage, we hate gays. If we believe in creation, we’re ignorant. If we draw moral boundary lines, we’re bigots.

This keeps us out of the game. Who wants to be derided? If you’re anything like us, you’d prefer to be called nice things. But that’s just not the way the game is played anymore.

“The Overhauling of Straight America” was a 1987 Guide Magazine article that outlined a game plan to destroy traditional values in America. It was further developed in the book, “After the Ball: How America Will Conquer its Fear and Hatred of Gays in the ’90s,” by Marshall Kirk and Hunter Madsen in 1990. This radical game plan has five key points, but we’ll only focus on point No. 5 today:

“At a later stage in our campaign for rights, it will be time to get tough with the remaining opponents. To be blunt, they must be vilified. We intend to make those opposed to us look so nasty that average Americans want to disassociate themselves from such types.”

There you have it – point No. 5 in their game plan.

So what’s our strategy?

When Jesus was arrested in the Garden of Gethsemane on the night He was betrayed, Peter rose up to fight and cut off a man’s ear (Luke 22:49-51). Yet Jesus rebuked him and healed the man. Wow! Now that’s an unexpected game plan.

We must never demonize people. This doesn’t mean we shouldn’t speak the truth or that we must embrace or endorse their ideas. But it does mean that real winners don’t seek to hurt people – they seek to heal them.

Not everyone will agree with this, and they don’t have to. But when we’re in the game we must remember that God loves all people – and so should we – but He does not love all ideas – nor should we.

So how do we heal and not hurt when attacked and demonized? Here are some quick tips:

1) Heart – We have the heart of Christ when we’re broken over our own sins first. Boldness apart from brokenness makes a bully. When we experience our own brokenness (God’s forgiveness of our sins), we’ll lovingly want others to experience the same.

2) Head – We gain the mind of Christ by a renewed dedication to God’s Word. The Bible clearly shows the way to live and provides boundaries by which we can flourish as humans both individually and in community with others. Knowing what Christ teaches is key to healing and not hurting.

3) Mouth – We must enter the conversation. When your heart is broken over your own sin, and your head is in God’s word, then it’s time to lovingly speak up. In the lunchroom, at the water fountain, on social platforms – let your light shine.

4) Hands – Look for opportunities to tangibly help those with whom you disagree. Take them to lunch, fill their gas tank or buy them some groceries. In this way, you’ll foster a heart of love in yourself and possibly in those that disagree with you as well.

If we want to see some real March Madness in our culture, then we should begin by healing and not hurting.

This is a great starting point to get in the game!