Why Believers Can’t Afford to ‘Ride the Fence’ 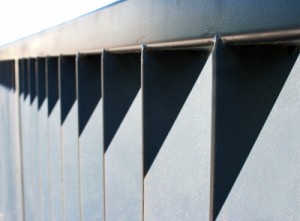 As our faith comes under fire – with today’s attack on religious liberty – we must remember that God uses fire to purify our faith.

Fire draws a line in the sand: Are we in or out? With Him or against Him?

There is no in between.

To them we respond, “The devil owns the fence. Choose which side you’re on, and jump to it. Besides, you can’t stand strong on top of a fence.”

The Supreme Court’s ruling on gay “marriage” made it painfully obvious that religious liberties, especially for Christians, are now in the cross-hairs of the militant, secular agenda that is fundamentally changing our country.

This means we need to get off the fence and stand up. We’ve got to decide beforehand, i.e., today, what we’re going to do when our faith is actually under fire.

God’s purification of our faith is nothing new. Believe it or not, millions of Christians before us have suffered persecution – or pressure, like we have in America – and God is still God, we are His children. So our Father will take care of us. All we’ve got to do is be faithful and willing to stand.

Be sure, it will cost us something when we confess God before men – speaking of His boundaries that bring His blessings. Are we willing to follow Him whatever the cost?

A few biblical men show us the way forward, and their stories actually reveal something quite similar to what we may experience in America soon. As they stood firmly on God’s side of the fence, the nation where they were living turned against them quickly.

Shadrach, Meshach and Abednego were living as Jewish exiles in Babylon around the year 600 B.C. During that time the king of Babylon decided to make a golden image and force everyone to bow to it – (hang on to the phrase: force to bow).

The choice was simple: Bow or burn.

These young men refused and faced the furnace. God delivered them, the king was forever marked, end of story. Well, not really.

One of their good friends, fellow Jewish brother in exile, Daniel, was also forced to do something against his will. Only, he was forced not to bow.

Sorry, we know this could get confusing, but that’s how the devil works.

Anyway, Daniel was told by the king of Babylon that he could not pray to anyone but the king. But, in Christ-like fashion, Daniel proverbially “buggy-whipped” the king’s decree by bowing in full view for all to see. (BOOM! Gotta love courage.)

Into the lions’ den he went, but “God shut their mouths.” Daniel was delivered, Babylon was marked again, end of story. Well, not really …

Throughout history – before and after these young Jewish men – believers in God have been forced to bow to godless agendas/decrees/ordinances/laws, yet they’ve refused, and suffered intense persecution.

At the same time people of faith have been forced not to bow to God/His boundaries/His laws/His words – yet they chose to bow in reverence and faced the fires of persecution as well.

Either way, persecutors want God’s faithful to be obedient to man, not God – to bow or not to bow, depending on the circumstances.

And their easiest targets are the fence sitters.

You see, there’s no balance on top of a fence, because there’s no foundation for your feet. You simply have to hang on as tight as you can because your feet have nothing to stand upon.

Today, we’ve decided – like our brothers in the Lord before us – not to straddle the fence but to stand upon the solid ground of courage, on God’s side. We will not bow to godless agendas – even in the form of laws. And we will bow to Jesus, His ways, and His words, no matter the cost.

So if you find yourself straddling the fence, please move to God’s side and trust that He’s got your back. We have nothing to fear, and we can’t forget that Jesus is in heaven speaking about our courage to the Father.

Are you excited to be alive?! God created us and put us here on the earth for such a time as this! So let’s stand to our feet on God’s side of the fence and embrace the fire that purifies our faith.

Image courtesy of radnatt at FreeDigitalPhotos.net